Rewriting software projects is bad and almost never the best option. However, Concealed Intent is currently being rewritten.

Work on Concealed Intent began properly at the beginning of May after a couple of small proof-of-concepts developed on a part-time basis. Since then, most effort has been spent investigating how to implement the core idea and learning the Unity3D library. As a result the code became messy as ideas were added then removed and sometimes added back again. It was becoming increasingly harder to progress.

Now there is a much clearer idea of what Concealed Intent should look like. Thus, the project was restarted on August 5th and is moving forward at a nice rate. The earlier effort was not wasted, it is really a large prototype. Future posts will examine some of the work done in this prototype as a teaser for the full version coming soon. In the meantime, here is an early screenshot showing a player’s modular corvette and two drones rounding a small planet to close on 3 unknown enemy ships. 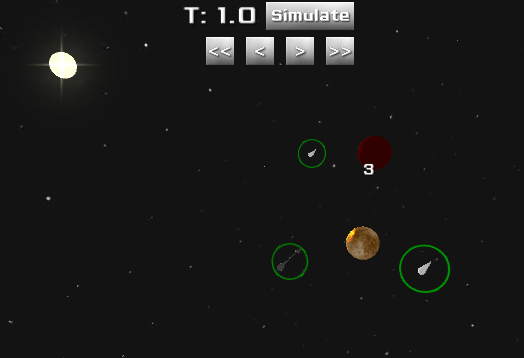