At an early stage of Concealed Intent’s development I sent it out online to get feedback from people who expressed an interest in the game. There were very few replies and most of those were just of the form “yeah, it’s ok.” As a result I started doing playtesting while sitting next to the victim/tester. This is a much better technique - a huge amount of information is gleaned from just watching someone else play, any comments are a bonus. However, it does not scale, especially as a sole indie developer. So in the background I continued to try finding a better way.

At GDC Hugh Jeremy presented Subnautica’s feedback system. Oh yeah, this is what I wanted. Being a proud member of the “break’n’enter” school of game design, I had the example code and presentation slides downloaded within minutes. Now a similar feedback system is built into Concealed Intent. 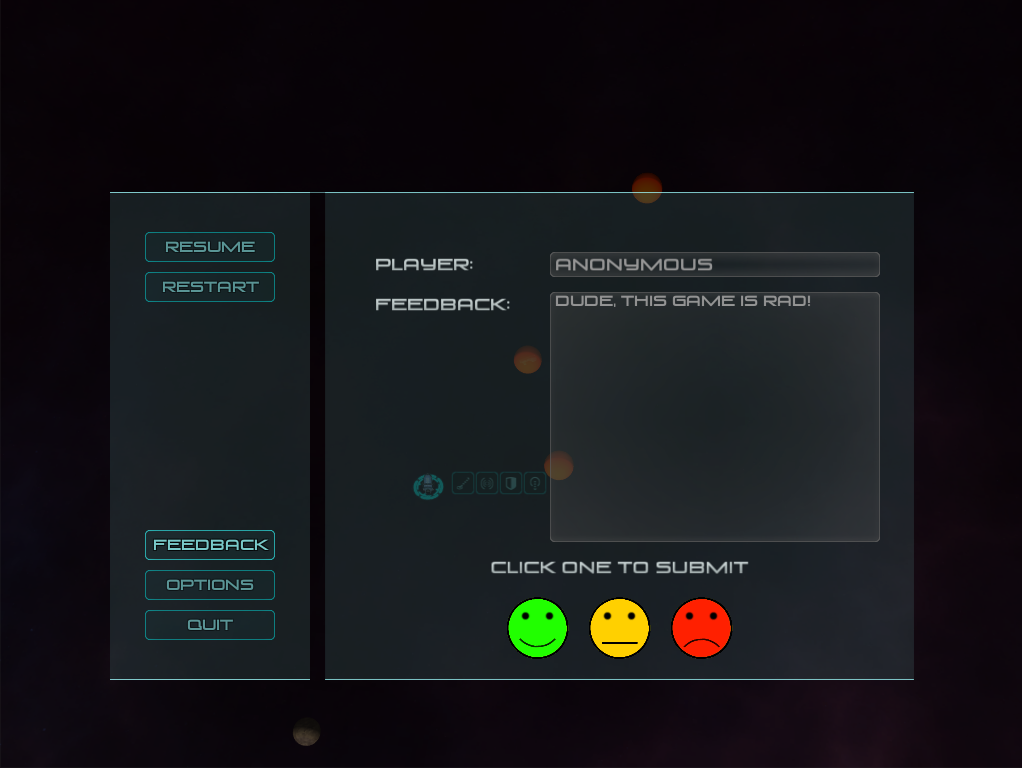 As developers we need to make it as frictionless as possible for players to communicate feedback to us - otherwise most won’t bother. This is the beauty of the Subnautica system (and my reimplementation).

How well the feedback system works when live is something for a postmortem. Although it seems to be working well for Subnautica so far (13% may not sound like much, but I’d be happy with that). It should at least work better than my previous system!