Time for another update on Concealed Intent. The latest news is that I just finished spending a week to allow games to be saved and then replayed. It works very nicely. The main benefit of this (apart from being cool:) is that when people leave online feedback they also leave the log of their last played mission, which I can now review to see what they were seeing at the time. Of course, while all this mucking about in JSON serialization and the gameplay engine was great fun and useful, it does not help get the game better noticed or greenlit.

Marketing is now something constantly in the back of my mind. “Will this make a nice screenshot for Twitter?” “Can I blog about this on Gamasutra?” “What needs to be done before I can release a demo version?” As of today I am 40% of the way to the top100 on Greenlight and the pace of yes votes has greatly slowed. I’m hoping that a demo version and accompanying media push will improve that situation. In the meantime, I work on the occasional graphical nicety in order to keep up a trickle of screenshots/updates and thus a corresponding trickle of votes. Thus, after the week of engine work, I spent an afternoon playing around with movement trails. The resulting screenshot is below. 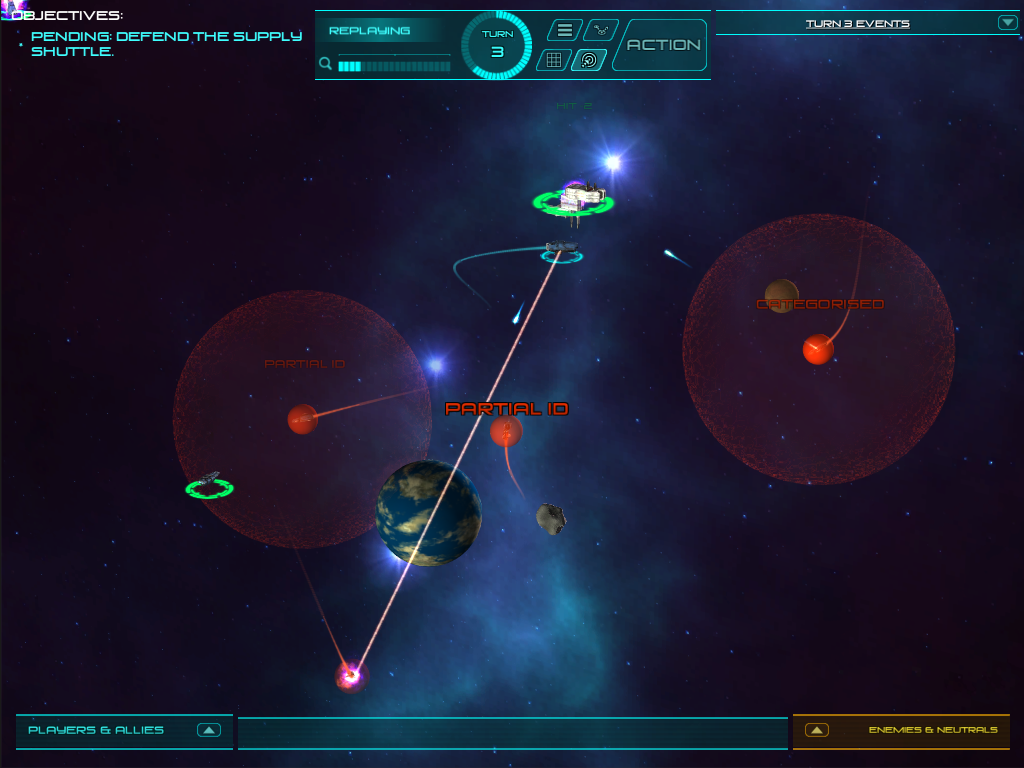 Last week an early demo copy of Concealed Intent was sent out to mailing list subscribers. So far there has been little feedback, but that has always been my experience with such things. One person has said that vertical movement is difficult to understand - an issue that is already on my todo list as a “maybe”, so it will probably become a “definite” now. My todo list is full of tasks leading to make a better early access demo. As the the demo improves it will be distributed through more popular channels (Greenlight, Facebook, Twitter, blogs, IndieDb, Reddit, etc). The first task on this list is completing the first draft of the single-player campaign, as this will determine if any more changes to general gameplay are required. Then work on balance and AI. Then some GUI improvements like the vertical movement issue, plus a way of identifying ships without plans; direction pointers to off-screen ships; and, a better loadout screen. After that, I don’t know, it depends on how feedback for the demo goes.

Anyway back to work!