Greenlit, but not sure how

Among Gamasutra bloggers there appears to be a common tradition of detailing the methods employed to successfully pass through Steam Greenlight. Often these blogs amaze the reader with stunningly short periods of time in purgatory (20 days, 7 days, or the best I’ve seen, 5 days). I’ve devoured these tutorials and tried to follow their instructions. The result? My game, Concealed Intent, took just under 100 days to pass through Greenlight, and I have no idea how this was achieved. 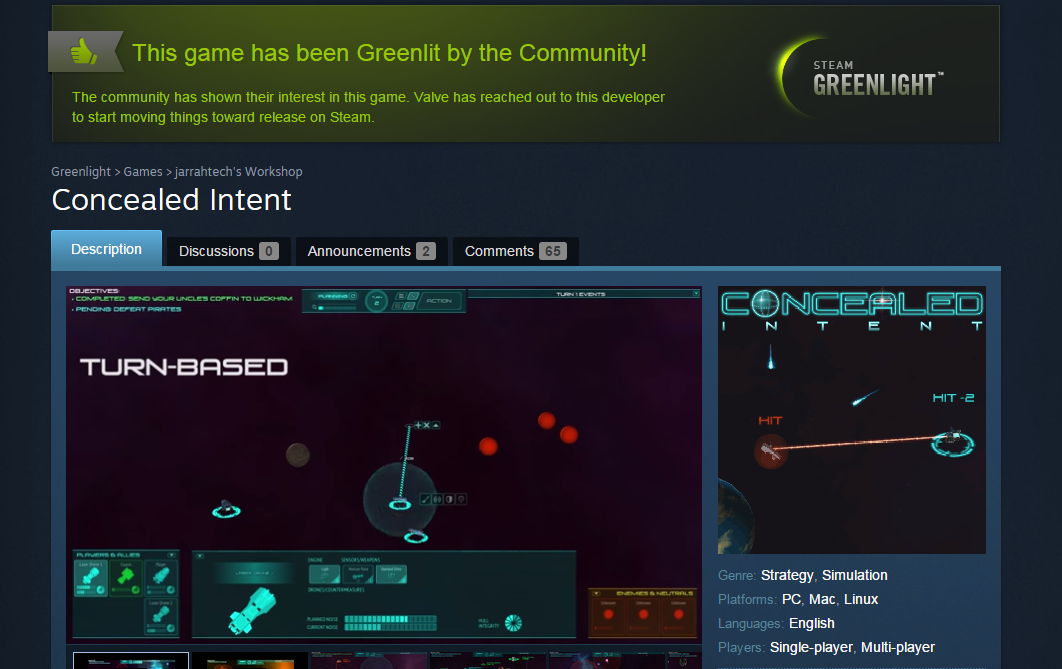 Most of the other games’ posts make useful suggestions. Use animated gifs to catch a browser’s attention. Have a good and short trailer (90 seconds or under). Use BBCode to include images in well organised description text. Basically assume that people coming to your Greenlight page will be looking for a few seconds before moving onto the next one. You need to quickly attract their attention long enough for them to spend a few more seconds to vote “Yes”. All this advice was followed on the Concealed Intent page. I think it paid off - 42% of people voted “Yes” (compared to a top 50 average of 26% at the time of being greenlit). Of course, converting visitors into “Yes” votes is only half the equation.

You first need to get people to visit your game’s page. I would guess on the order of 1000->2000 people came through Steam itself to my page, mostly in the first week while it still appeared on the front page of Greenlight. About 70% of people vote and if 40% of those are converted to “Yes” votes, then the total is 300->500 - still a long way from the top 100 (at present just under 2000 votes). Here suggestions range from contacting all your friends, posting screenshots to twitter (don’t forget the hashtags!), and just continually pushing a media presence. It is hard work and takes up a great deal of time. As a sole developer, I found myself having to choose between promotion and development. In the end I just oscillated between the two doing neither job properly.

One method of promotion I did not use (and I think this had a large impact on being greenlit) is bundling or key giveaways. Valve has stated that promising keys for votes is discouraged. However, a number of organisations will offer to help get games through Greenlight and their plan is generally to giveaway or sell the game cheaply while asking the receiver to vote “Yes” (which is clearly in their interest). The effect can be impressive (see here and here). An anecdotal survey of games in a bundle showed that most were greenlit within a fortnight of the sale starting. So it works, and fast. There are arguments to be made that such techniques are not in violation of Valve’s policy, but I believe it is against the spirit of Greenlight so I avoided them.

So how did I drive people to the Concealed Intent Greenlight page? I didn’t. At least not successfully in any meaningful numbers. I used Twitter, Facebook, Reddit, IndieDB. I kept blogs on my own websites and Gamasutra and TIGSource. By the end of the campaign I had around 2250 visitors and 690 votes, corresponding to around 42% of the way to the top 100. I was about to shift back into big PR push when the email arrived saying I had been greenlit. Thank you, thank you, thank you to whomever at Valve decided Concealed Intent was worthy! 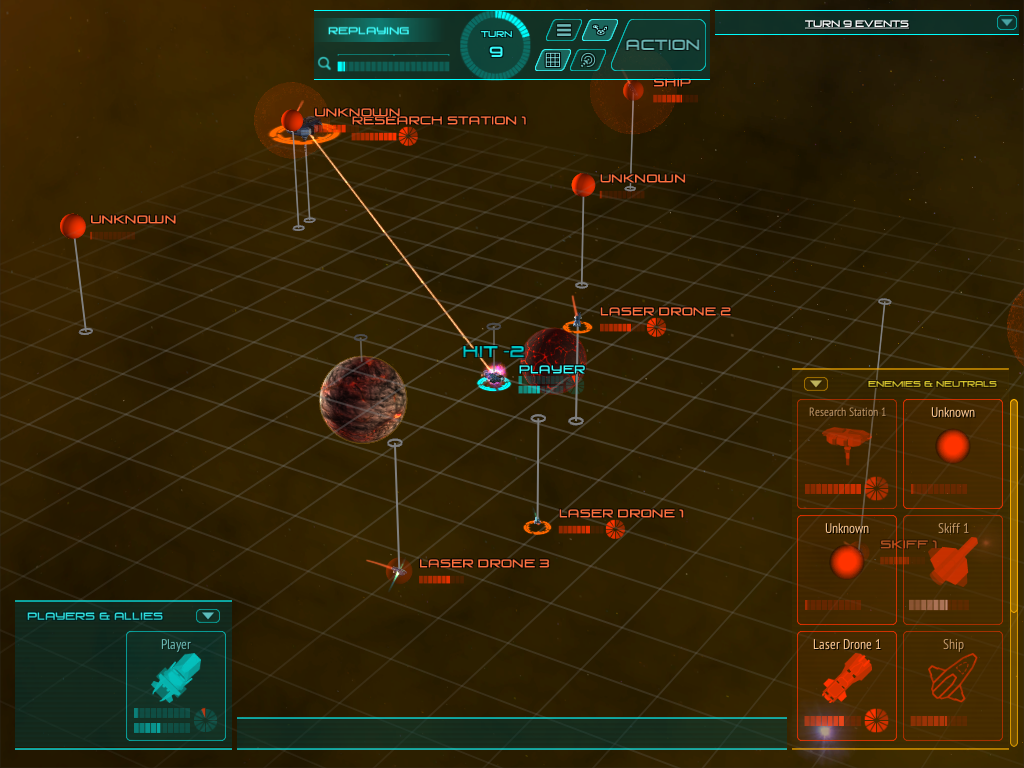 Originally I thought Greenlight was to prove a market exists for your game - thus the need for a large number of votes. Now I think the purpose of Greenlight is to avoid “bad” games? So it is not about building a market, so much as catching the attention of Valve’s Steam custodians (with Greenlight a better way of doing this than the old system of emailing and bothering Valve until accepted onto the platform). Getting lots of votes is still the most likely way of achieving this, but not the only way.

So my advice? For what it’s worth, I think the best plan is to produce a polished game, find real customers and avoid selling out cheaply. If the game doesn’t immediately take off on Greenlight, do not be disheartened - instead grind it out over time with continual PR. Of course, all this assumes you have a good game - that should be your first and main goal!