Part of indie game development is letting people know about your game. Luckily there are a number of channels that exist to amplify your message to a willing audience. One of these is Screenshot Saturday on Twitter, Reddit, and TIGForums. Concealed Intent has made occasional appearances on these, but less than it should. I usually start thinking about images to post on Saturday morning and often just run out of time to get it done before Sunday rolls around (although that doesn’t seem to stop some people).

This time I am prepared. I have been aiming for a weekly tempo of demo pre-alpha releases and been hitting my deadlines, until last week. From now on I’ll aim for fortnightly releases. Work to improve the performance of Concealed Intent and its graphics at the same time as upgrading the Unity engine took too long - especially testing. It is done now, and the extra week means there is some time for screenshots! Click on them for larger versions.

This first image below is my favourite. It shows the planning phase towards the end of the “Extraction” mission. The player is attempting to escape the enemy’s greater firepower (especially that station) by using their drone as a decoy. Thus the players corvette is deploying countermeasures to stay as unnoticeable as possible. Meanwhile the doomed drone is doing the opposite - flying into the mass of red enemy contacts with active sensors blazing. The video is what happened after clicking “Action” - not bad, most of the enemy ships fired on the drone, but two mines fired (and missed) the corvette.

Here are some other game screenshots I captured. They are (clockwise from top-left): a battle in an asteroid field; trying to persuade some potential allies and getting shot in return; the campaign menu screen; and, targeting an enemy drone. Want to see for yourself? A pre-alpha test version of Concealed Intent can be downloaded from dropbox here. 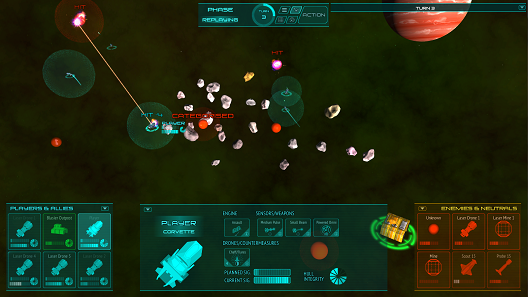 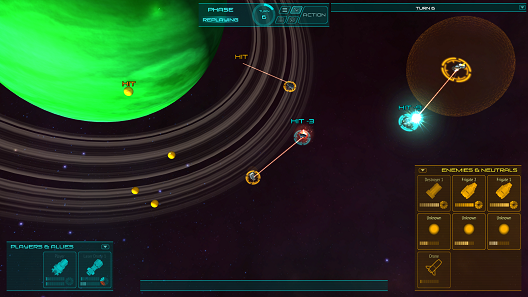 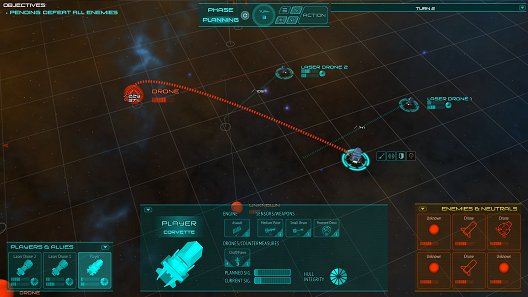 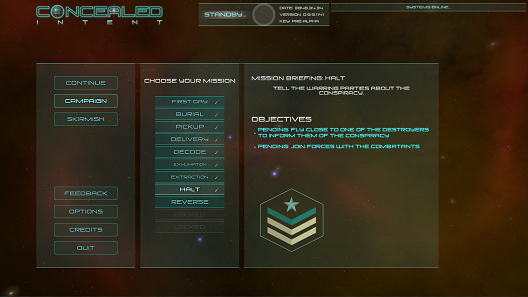