So my last post (some time ago!) plotted out a path to finishing (or at least Steam Early Access). Who spotted the obvious error in the plan? If you said “two weeks to finish an online server is a little ambitious”, then congratulations you are absolutely correct.

It is now a fortnight past when I hoped to have such a server completed, and it is only just usable. Players can register, search for duels, and play a game. They can even concede the game if they wish. There are no outstanding bugs, but there is still more to do. The last “must do” item is adding timers to the turns so a player can’t just abandon a game leaving their opponent hanging. Other than that there are a few things I should add, but can wait until later, including: a coop mode; bots if no player opponents are available; player ranking systems with better match-making; Steam user auto-registration; and, many performance improvements (at the moment my home PC can probably support about a hundred simultaneous games). 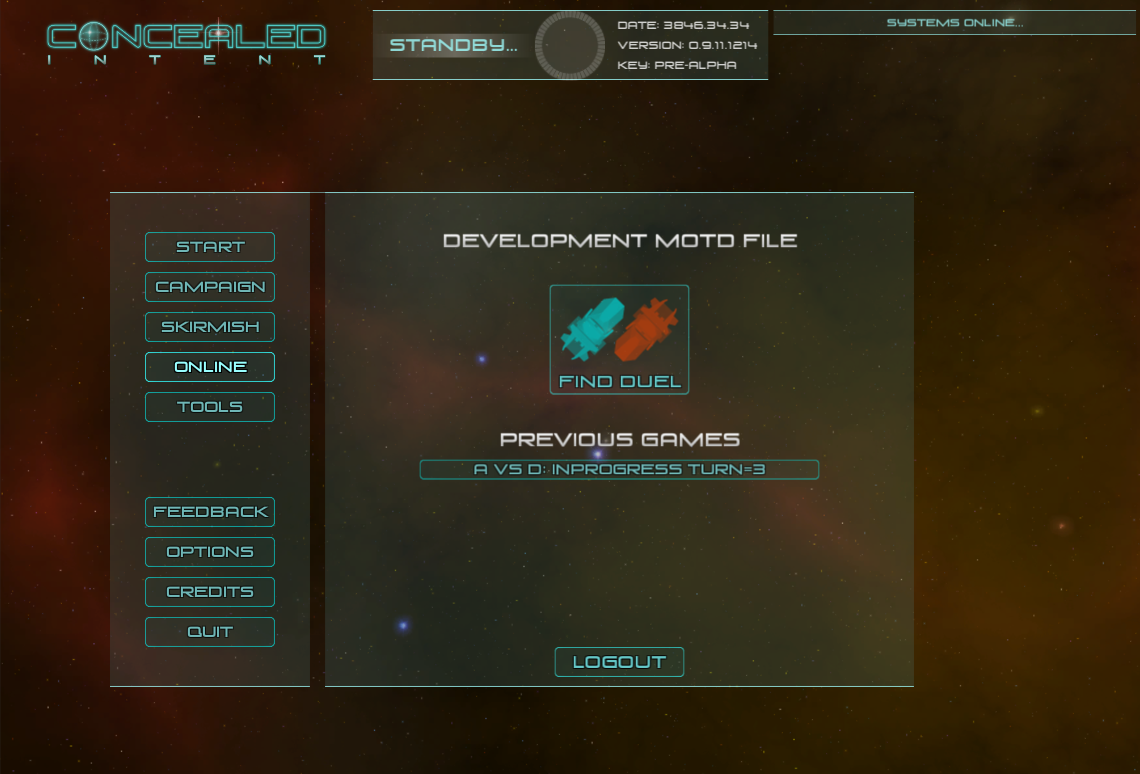 As it is not completely done, this release will be skipped, it will not be available on the Dropbox folder. Instead 0.9.12 will be an internal release and now I’ll start on 0.9.13 as the final alpha release available before heading onto Early Access. Of course I’m already two weeks behind, so now the goal is for a mid-September release, and October for getting on Steam. The main tasks are fixing up the narrative messages, adding a soundtrack, adding more missions, AI improvements, Steam integration and of course those damn turn timers!