Concealed Intent is 33% off as part of the Steam Winter sale until the 4th January.

It has been just over a month since Concealed Intent’s release onto Steam Early Access. Sales have been lower than expected, but then my marketing has been lacking in effort more than expected too, so there is no basis for complaint. My time instead has been spent on improving the game - with definite results. The initial EA release was version 0.9.16. Today I released 0.9.20. Tons of (minor) bugs are fixed and many cosmetic improvements made. Furthermore, on entering EA, there were 4 features that needed to be completed before a full release: 4 new missions; Steam Achievements; a focus point for online duels; and, being able to challenge your friends online.

With the 0.9.20 release, all the original goals for EA are now complete! This release specifically adds the ability to challenge a friend on Steam. Players can also choose the ship type, the map and the time limit for submitting turns (defaults to 7 days, but can range from 30 minutes to 30 days). Hopefully this will fix the previous problems of online match-making and a few duels will get started. It is also a large change to the underlying code base - it has been a busy month. 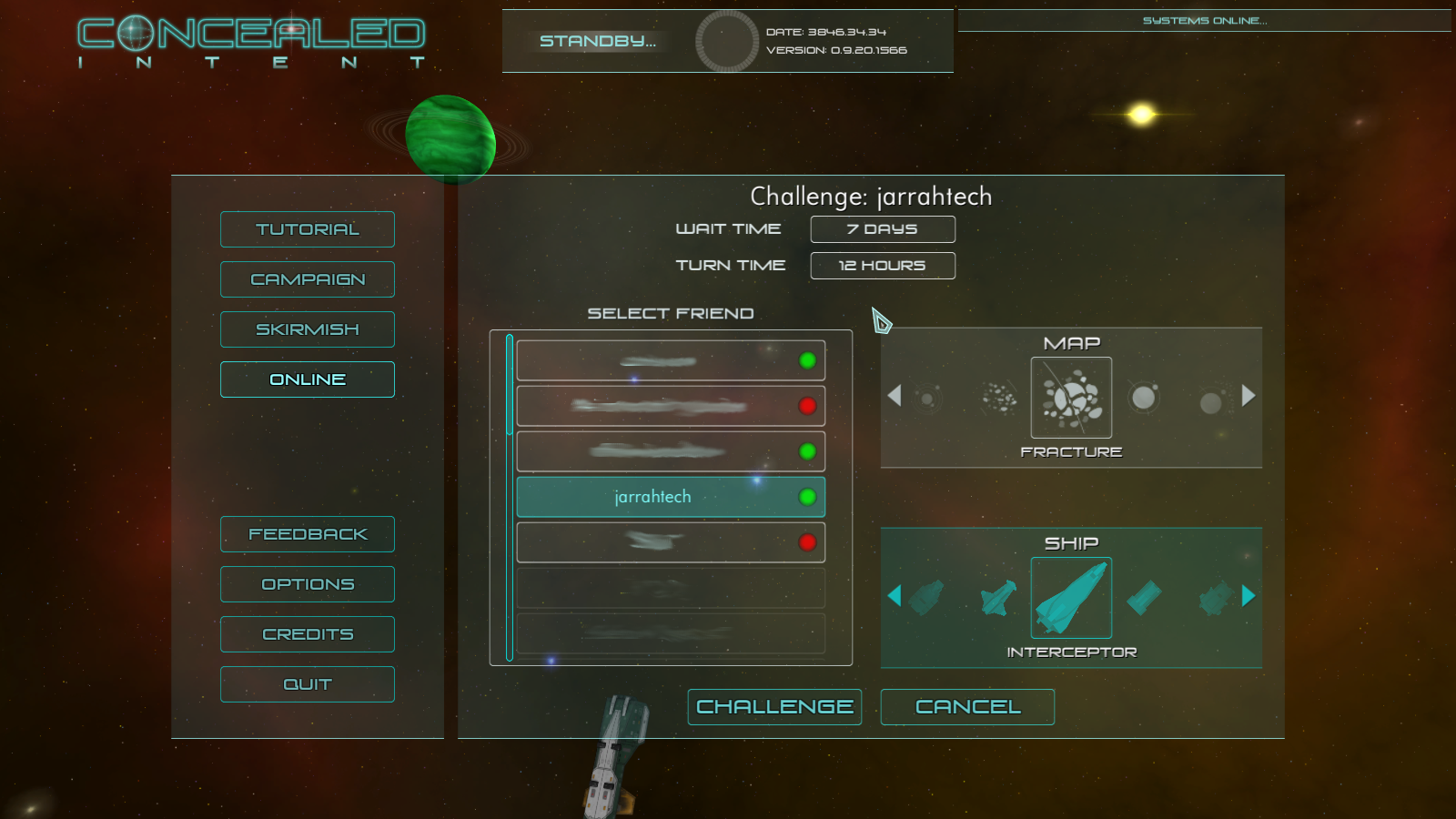 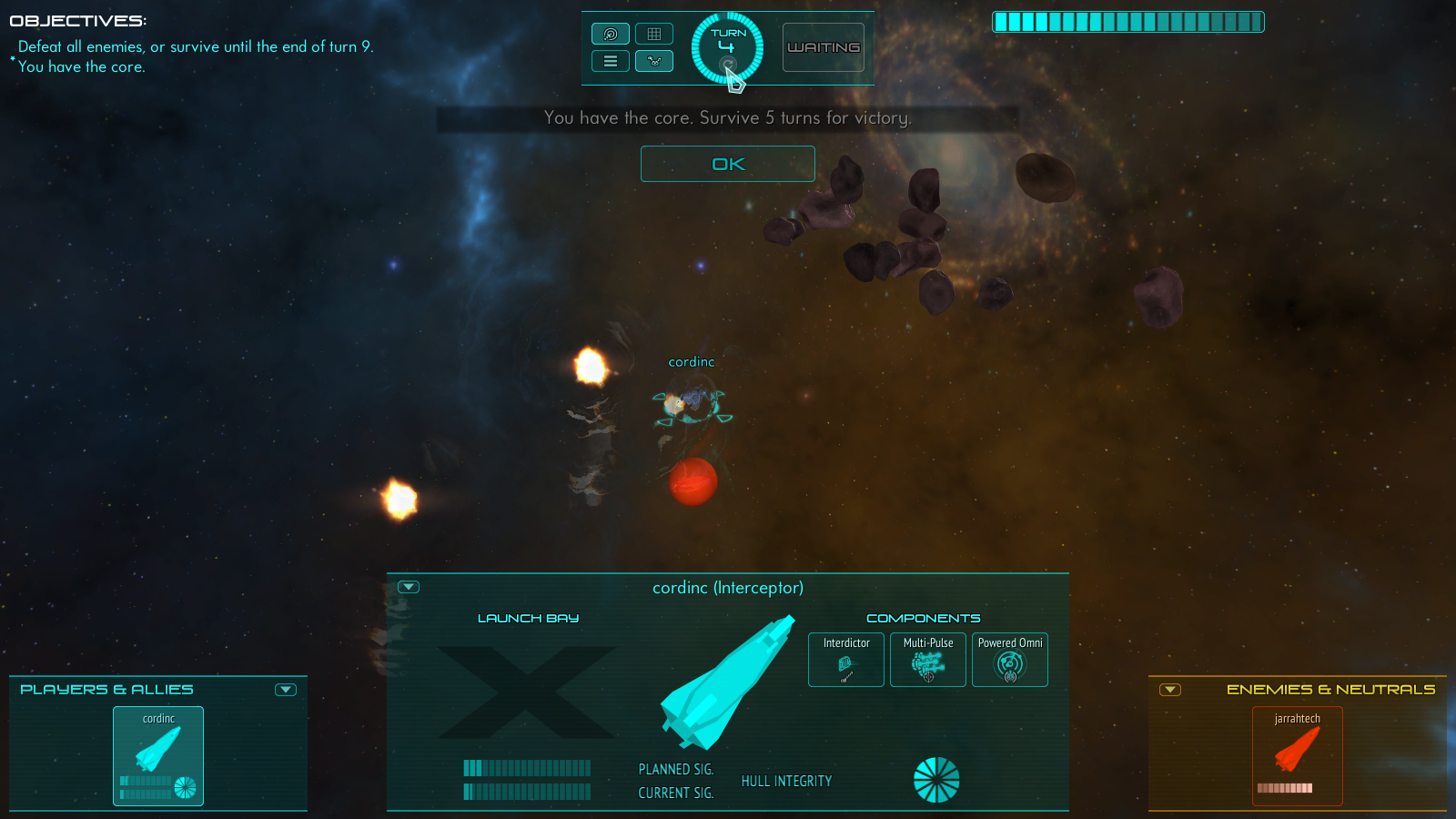 Does this mean I’m done and ready for a full release? Definitely not. Apart from the inevitable bug fixes, there are a few more things to be done:

But all that will have to wait a little, as apart from a few marketing tasks (and assuming the latest release doesn’t have a breaking bug) I’m taking the rest of the year off. My first break since May.