After way too long in development Concealed Intent was fully released on the 2nd August following 9 months in Steam’s Early Access program. This post details some useful stats I collected between starting EA, through to the end of September. The kind of information I would have found interesting, at least for comparison purposes. Hope someone else finds it useful.

Concealed Intent is a simultaneous turn-based game of 3D tactical space combat. It is probably a niche game (turn-based tactics), with a crowded theme (space games seem very common right now). It was created by a solo dev (with some outsourced 2D art), and thus it was hard to manage both development and marketing. Mainly the marketing suffered, especially considering my inexperience. Raising awareness of Concealed Intent and the release campaign could have been managed much better - I will know for next time! For my lessons learnt see this Gamasutra post. 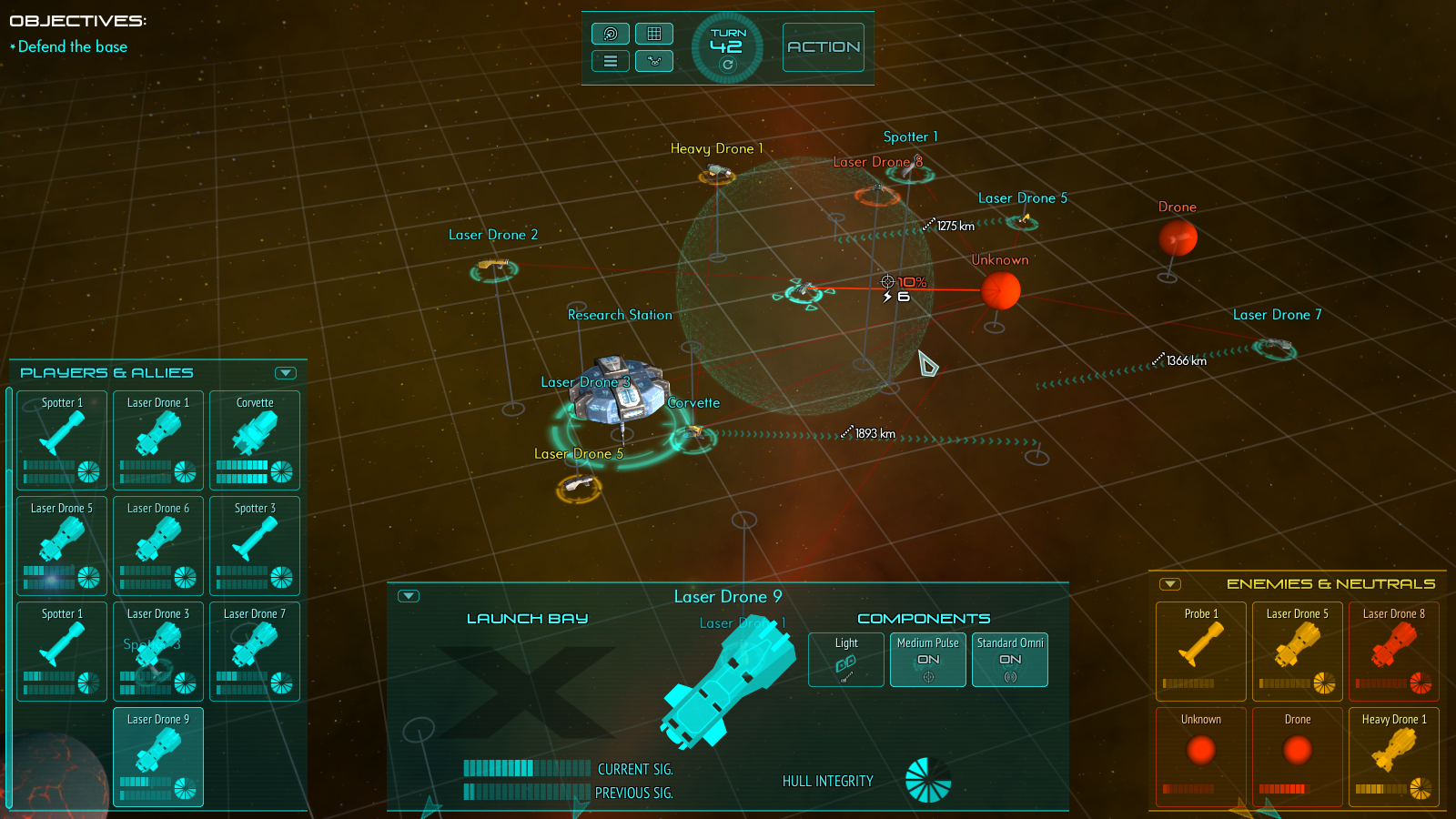 On to the stuff everyone really wants to see - how many copies were sold. Unfortunately, I am not prepared to provide the actual numbers - I’ve signed agreements not to give specifics. However, the sales are better than some of the stories seen on this site, but well below most similar post-mortems (it is in the 3 digit range). More importantly was the game profitable? 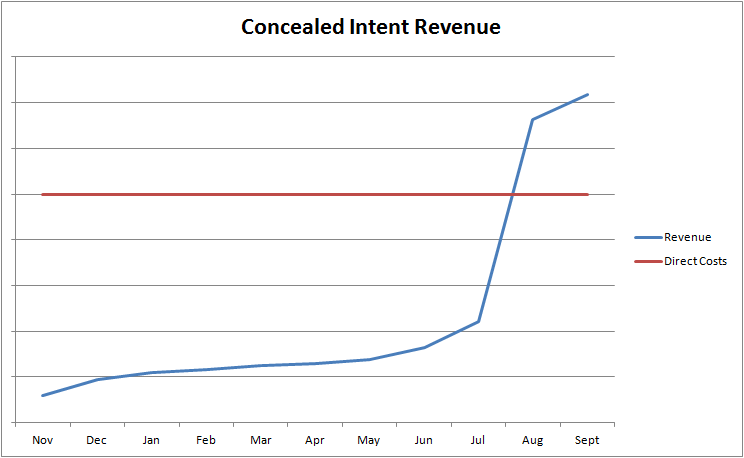 Here are the sales of Concealed Intent over the last 11 months compared to the direct costs of making the game. This cost figure includes a license for the Unity Engine, the cost of some outsourced 2D art (from the developing world - where I live), and a few other things. These revenue numbers are after any returns/refunds and the store’s cut. It is also notable here that the sales in the month of release were more than double the entire 9 months of Early Access. Also, interestedly, sales from Steam are about an order of magnitude greater than non-Steam sources (something to consider when planning promotional effort).

So I made the development costs back with the release, great right? Not quite.

Here is the same graph with the indirect and living costs of development added. The indirect costs include company fees (accounting etc), but mostly a perhaps ill-advised and premature trip to GDC. I think it likely that the game’s revenue will eventually recoup these costs. However, living costs are another matter. The basic expense of surviving for 4 years (and I live very cheaply) while creating Concealed Intent will probably never be recovered. I do not expect to ever pay myself anything from Concealed Intent earnings. The biggest piece of advice I can give is to greatly limit the scope of your games as time is a huge expense!

During Early Access the return/refund rate on Concealed Intent was just under 6. I thought this was fair, especially since a couple of the refunds corresponded with the time a bad bug slipped into a release. Now, two months after the release, the equivalent rate is under 5. The rate of returns dropped significantly with release.

Concealed Intent is on 10x as many Steam wishlists compared to copies sold. So far around 5% of people who wishlist the game go on to purchase it. On that basis, if the conversion rate continues, I expect the sell many more copies in the future, probably during sales discounts. I think this is a great system. Much of my pre-release marketing efforts suggested wishlisting the game. The measurements I could manage, suggest people are orders of magnitude more likely to wishlist than purchase - and being on a wishlist means they are easier to reach later.

A Steam coupon program for Concealed Intent started a few weeks before release. The discount is always equal to or slightly greater than the largest discount available in sales. So far the redemption rate has been in the very low single digits. I haven’t found it particularly useful.

Between the start of Early Access and Release around 200 promotional keys of Concealed Intent were sent out. This is probably a relatively low number, and I would consider sending more in future, especially considering the response rate. Some of these went to friends or people who had supported the game, but the vast majority were for marketing purposes. Of the keys sent, only 90 were redeemed. I have been checking reseller sites, but to my knowledge the game has never appeared there. I assume the majority of keys sent are sitting unused in people inboxes. This is not overly surprising. Most of the keys were sent unbidden, the email equivalent of a cold call. It should be expected that most will be ignored.

Of the keys sent to YouTuber’s, 23% resulted in a video. All that I could understand (some were in foreign languages) were at least mildly positive. The publication of a couple of these videos corresponded with a noticeable day-on-day increase in sales/wishlists.

Keys to websites resulted in a review 15% of the time, but a third (5) of those were negative. Also 5 of website contacts resulted in requests for money (and no review because I never responded). I sent keys to most of the big websites, none of whom covered the game, but most of the keys were to small sites. None of the coverage seemed to make a difference to sales/wishlists.

Based on this, in future I will put more effort getting promotional keys to YouTubers and streamers. This seems to clearly be the way to go for small indie games. Sending keys to the big websites, involves little cost with a big (if low probability) reward, so that will continue. It is hard to justify the effort for small websites - I’m not sure about continuing with that.

The next question is how valuable is a visit? Using the number of impressions (seeing a Steam ad) and visits (to the Steam store page) as provided by internal Steam analytics, plus the average amount received per sale and taking into account wishlisting by adding 50% to that amount (1 sale = 10 wishlists at 5% conversion), the following values are calculated for various periods. CPM is cost per 1000, CPC is cost per click.

Remember these values are for the Steam site/client itself, probably the most well targeted and best possible audience for Steam games. The equivalent values for other places will be less as the audience becomes less likely to purchase a Steam game. Of course, it is also not possible to pay for advertising on the Steam store, so these values are just what it would be worth if you could.

Thus, I would guess that given my understanding of advertising rates, it is unlikely I could advertise profitably except perhaps for cheap impressions when discounting (but presumably not during big sales due the large amount of competition).