Delays, delays, delays. It has been three months since my last posting, and five months since I did any work on Concealed Intent (with the 1.2 release). Since then I have moved continent and started a very busy day job at a London startup.

I have also previously said there will be a 1.3 release by the end of the year. Given current events, how is that going? It is still possible, but only if I start work soon. This weekend I downloaded the most recent version of Unity3D. Hopefully by now they have fixed most of the bugs. If I can start finding time to make some progress over the next couple of weekends then a 1.3 release by December is achievable.

There has been some discussion on the Steam Forums about what the next version should contain. It seems the most regular players want the ability to replay entire games after they are complete. So that will be the main focus of the update. I will publish a list of goals for the update once work has started and I have an idea of how much can be done. If there is something you particularly want, speak now, because 1.3 will probably be the last notable update for the game.

Sales of Concealed Intent have continued at a steady, but slow, pace since the last financial posting. Below is the update sales vs costs graph. There is a nice little bump every time a Steam Sale comes around, but in-between only a handful of copies are sold. I have covered my costs now, but nowhere close to being able to live on the profits and develop a second game full-time (at least while living in London). Thus the time consuming day job. 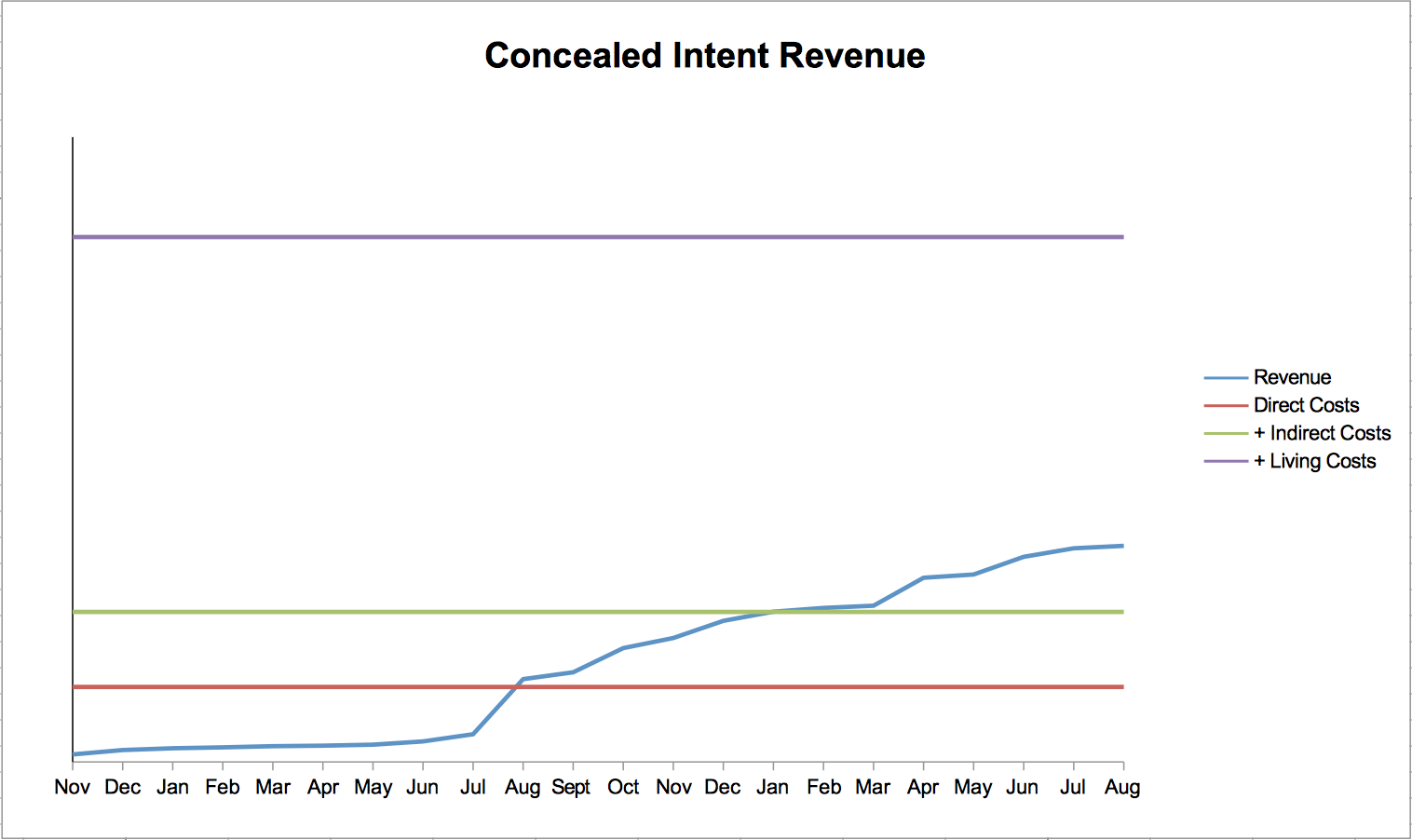 Finally, for those with long memories, it was promised that Concealed Intent would not bundled until at least the 3rd August 2017 (a full year after release). Well that date has passed and the game has not yet been bundled. I have not been contacted by bundlers since that date, but also I’m not keen to bundle anyway. Looking at expected bundle sales, it would not make much difference to the graph above. Also now I have a job, I do not need the small amount of money bundling would bring. So, while I am not renewing the non-bundling pledge (because if Humble Bundle come knocking, I’m answering!), it is also probably unlikely that Concealed Intent will be bundled in the near future.